In the competition among cloud hyperscalers, IBM has lost market awareness in recent years despite billion-dollar investments (such as the acquisition of SoftLayer). The company is countering this with a multi-cloud strategy that emphasizes on the integration needs of customers and its own integration capability. This strategy could work.

In the discussions of many (even large) companies about a public cloud migration and a corresponding platform selection, the currently most mentioned names are AWS, Microsoft Azure, and increasingly Google Cloud Platform as well as Alibaba – the latter (still) mainly in the Asian-Pacific economic area. In teknowlogy Group's view, this is for two essential reasons:

At IBM's Analyst Relations Day in Milan in mid-May, the company once again emphasized its strategy of openness and integration. It is not new, because IBM has been a strong promoter of open source for years, of which the acquisition of undisputed open-source market leader Red Hat, albeit not completed yet, is strong evidence. If not earlier, this strategy was underlined with the decision to make Watson-related software available on AWS cloud services (and later in the year also on Azure). Watson will not become an open-source project, but IBM respects the trend of its customers using other cloud platforms outside the IBM cosmos.

The announcements of openness go hand in hand with a dedicated multi-cloud strategy. IBM is positioning itself as a multicloud integrator and, from teknowlogy Group's point of view, can combine some strengths with current changes:

From teknowlogy Group's point of view, IBM's package of measures cleverly avoids the competition of hyperscalers, which is characterized by enormous pressure on economies of scale and prices. IBM is positioning itself among the major competitors as an integrator for business customers who do not want to commit themselves to a cloud provider. IBM Cloud (formerly SoftLayer and Bluemix) can also be integrated here, which can be positioned as an alternative or fallback option to the large services of hyperscalers. Overall, the strategy is comprehensible and sensible. 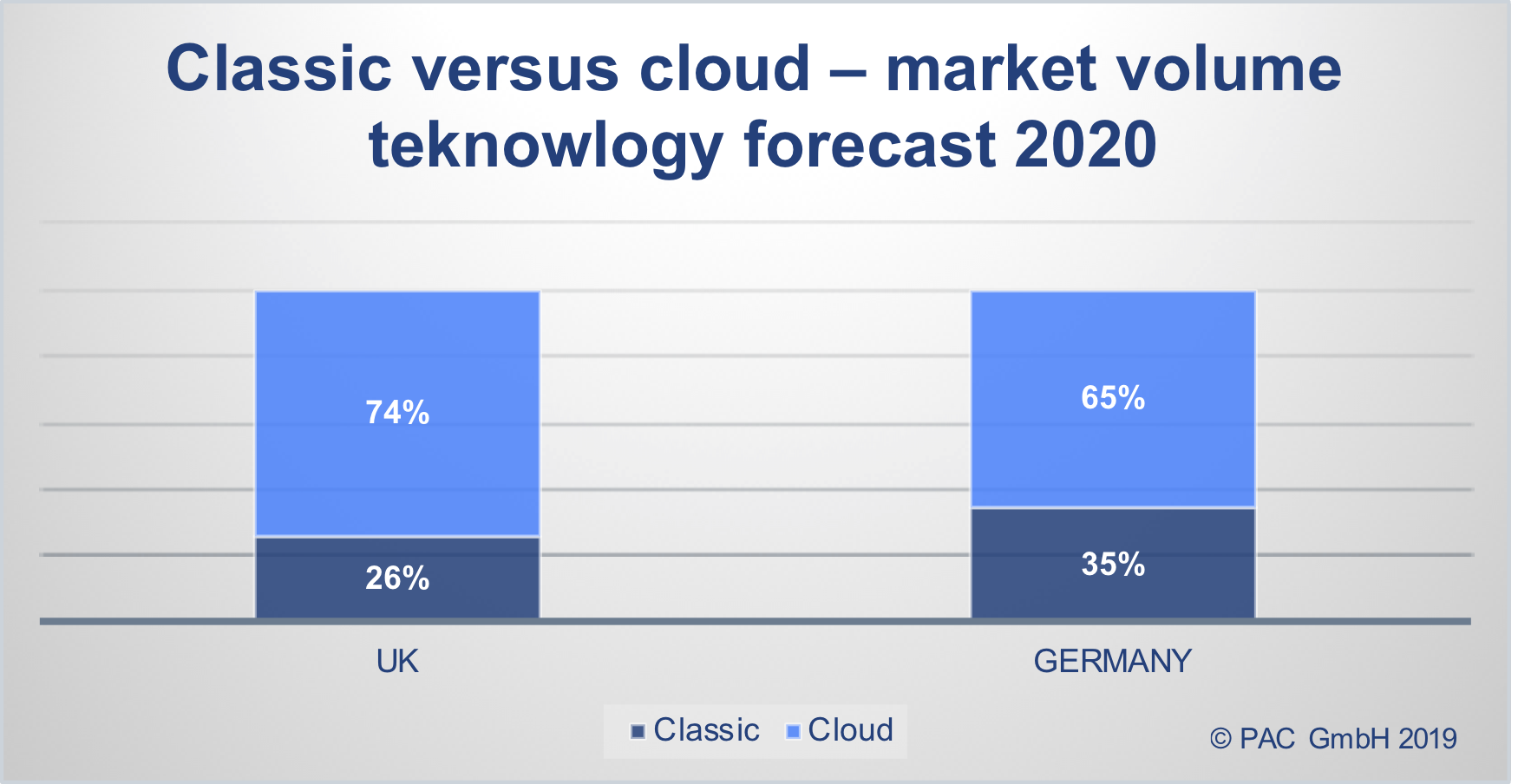 * In an internal analysis, teknowlogy Group evaluated the distribution between the infrastructure operations Classic and Infrastructure Cloud for the year 2020. The survey is available for 11 European countries. The data for two countries are presented here as examples. The sums of expenditure for classic IT operations were compared with expenditure for cloud infrastructure operations. The Classic editions consist of own operation classic + managed services classic + external Classic ITO. The expenditure for cloud infrastructures is made up of Own Operation Private Cloud + Managed Services Cloud + External Private Cloud + Public Cloud). The result clearly shows the great importance of cloud computing. To experience the migration speed, it is worth taking a look at the year 2017: At that time, the cloud share in the UK was 57% and in Germany 44%.